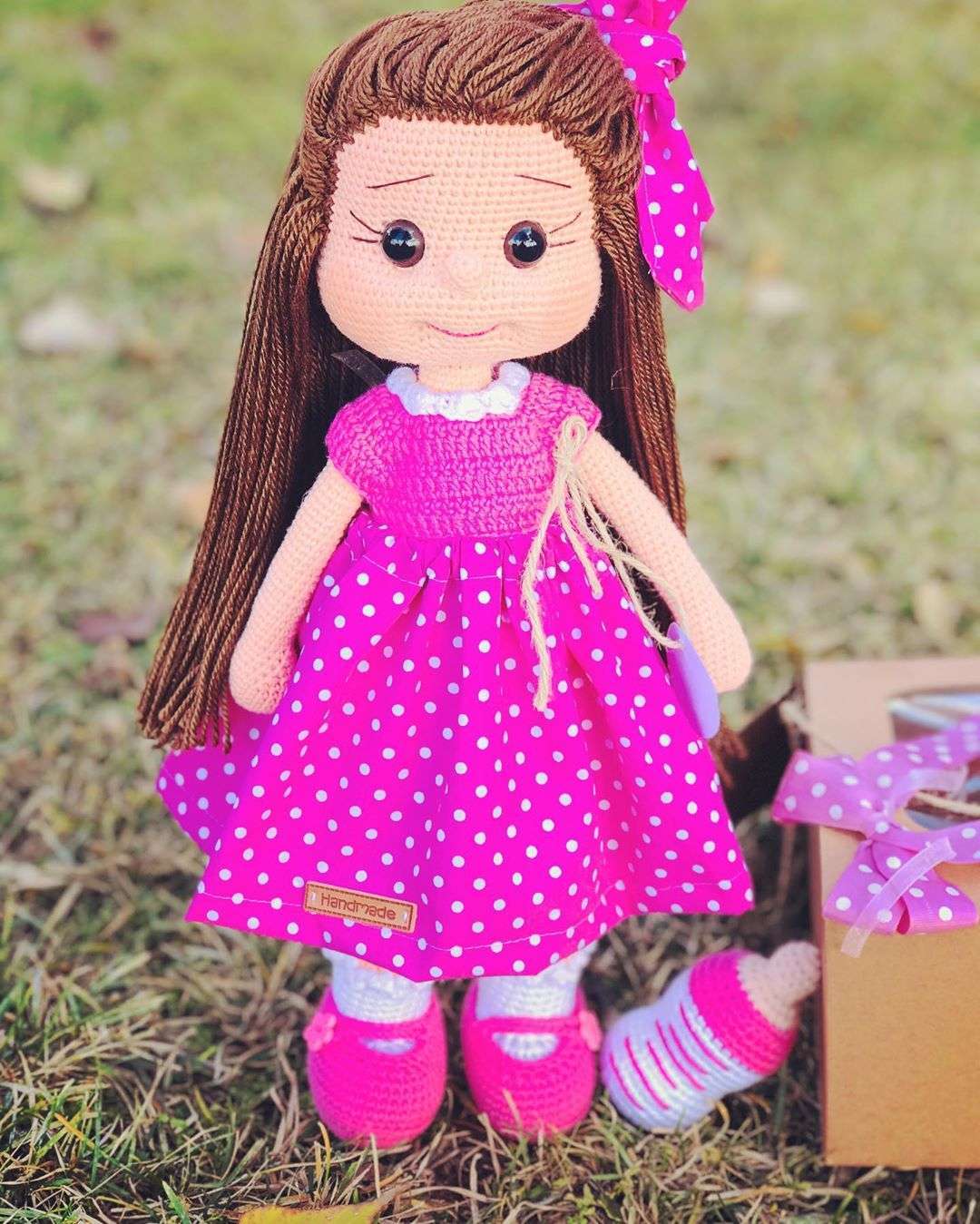 Hi friends, If you have a baby girl who likes to play Knitting Baby, I’m sure she will love this baby too.
Amigurumi dolls are narrated by handmade. Amigurumi how to make, how to learn if you say you will find the finest details on this site.

You can prepare a baby doll for your baby. Baby dolls will become a healthier toy for your children and you will be happy when your children play with the toy you made.

In this article we will share the most current and wonderful amigurumi baby crochet patterns.

Before moving on to our recipe, make sure you have at least fifty percent cotton when buying amigurumi rope in knitted toys. In amigurumi babies I usually use ropes, alize cotton gold, gazzal baby cotton, yarn art jeans.

We continue to make knitted toys with arm.

We start the 1st row Arm making with 6 frequent pins into the magic ring.

12 common needles to be held in 1st row Blo

We moved to the foot section of knitting toy making.

22 frequent needles will be knitted between 4th and 9th rows.

To make a heel,

Knit from the front of the loop. 1 chain, 1 loop to be knitted in the form of scroll.

We continue with skin color.

Switch to green Weave 3 rows. Then center the two legs together with 3 chains and connect them together.

Knit eight rows of 42 frequent needles between rows 2 and 9).

Knit Blo 20 frequent needles from the back side with the 1st row skin color.

We continue through the hull. The head will be knitted together with the body.

His eyes will be placed between the 16th and 17th rows. There will be 10 frequent needles between the two eyes.

We make the skirt part of the dress 3 layers. There will be 8 rows of 13 frequent needles for the front part of the halter.

Pull 16 chains for the arm hanger.

Pull the 4th row 1 chain, remove the loops from the back with BLO. 29 knitting needles, knit the knot.

After making 7 frequent needles for the right foot, pull 25 chains and sink in the same place.

After 18 frequent needles for the left foot, pull 25 chains and sink into the same loop.

Contact Songül Engin
I was born in 1987 and graduated from textile department of Kocaeli University. I'm here because of my curiosity about knitting.
I share with you. 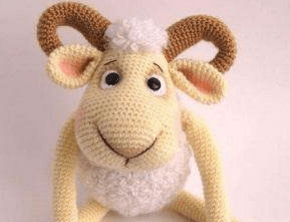 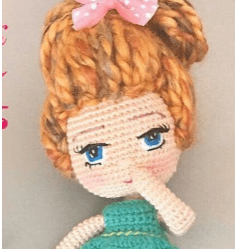 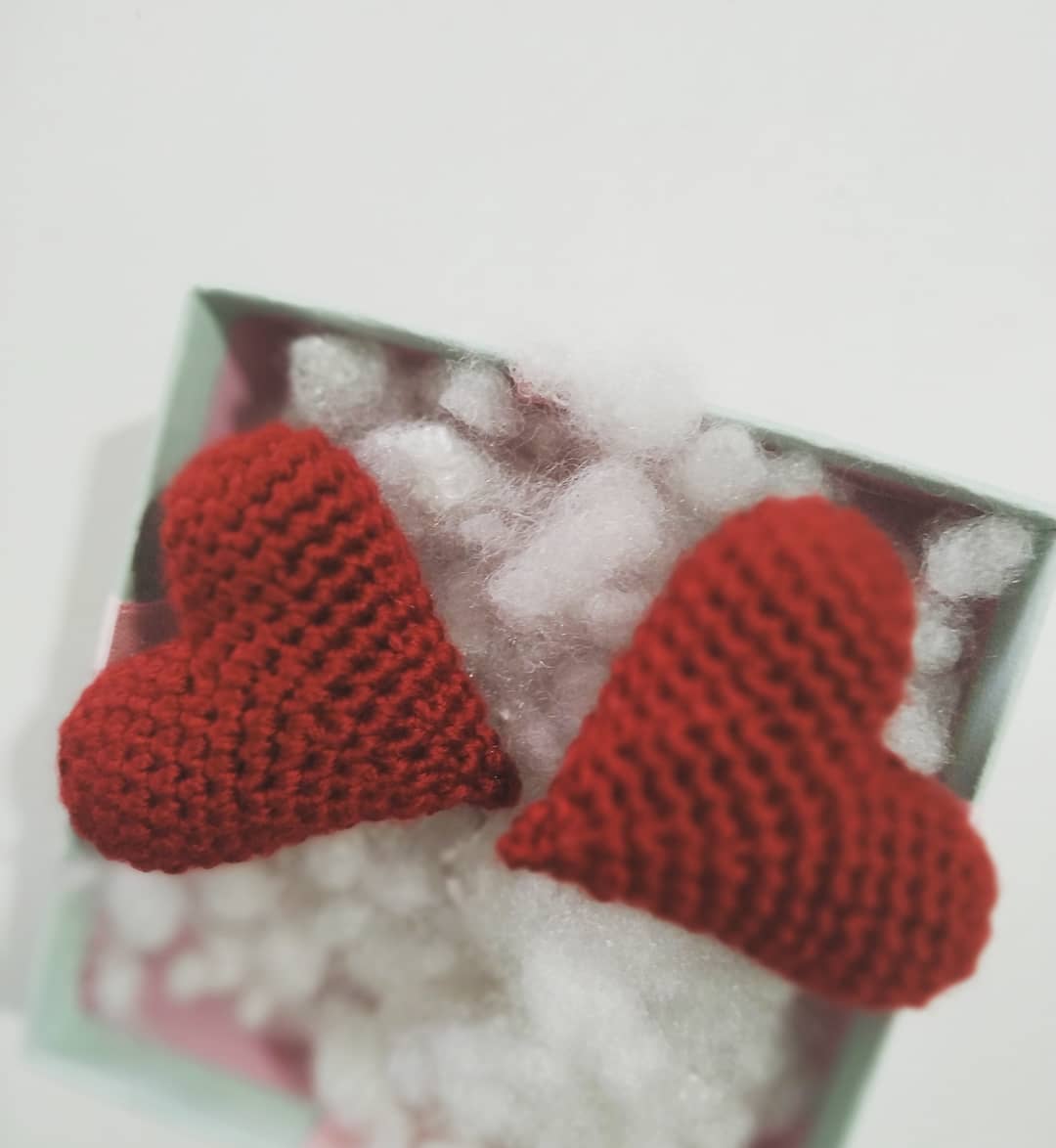